I’ve been using a workbook that I found in Germany this summer to help me decide the order in which to teach the letters of the alphabet. It’s called Mein ABC Übungsheft by Christiane Wittenburg (Stark Verlag, 2013). I really like the way the workbook is designed, so that the letters are introduced according to the beginning sounds. 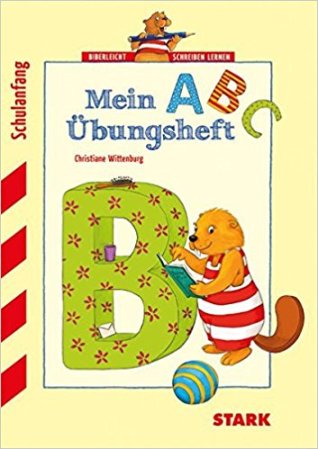 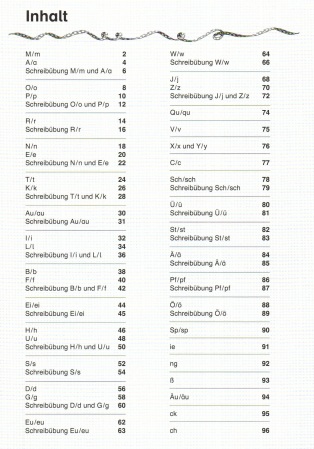 As you can see, the first four letters are: M – A – O – P.  You may notice that the letter B actually comes up much later in this workbook. I had already started with B before I discovered that I had this resource 🙂  So we’ll slip B back into the mix as another way to review when it comes up!

I should mention that we haven’t actually been using the workbook much itself. I’m mostly using it as a guide right now. The boys haven’t been too into workbooks lately. And I find that the more I can do that inspires them, the more they are willing to play along! But I’m glad to have it as a reference … and hopefully for the future when it they will be interested again!

After each letter or two, there is a review in the workbook. So I thought now would be a good time for us to also stop and do some review. I plan on taking one object from each of the four letter boxes to review each day at breakfast. We won’t get to all of the objects, of course. I have also been doing letter work before Hippo’s nap (or quiet time, since he often doesn’t sleep), so we might pull out some extra objects then.

I’ll write more about how we do the review as the week goes on.

Thanks for stopping by! Viel Spaß!