Froggy saw Hoppo’s zoo map and wanted to make one of his own. Only he wanted to start from scratch and use paint! I, of course, told him he could … as long as he did it in German 🙂

We taped together two pieces of heavy painting paper, and then Froggy laid out the animals where he wanted them to be in the zoo. He drew paths, lakes, rivers, and boulders. Then he started painting. He got about half of it finished before he’d had enough. Well, the paints were poured, so together we finished it up. Today, on our German date, he finished it up by putting on the stickers. Then I labeled the animals for him. Of course, I asked him to say the animal names as we did the work.

Here is a look at how it all came together:

Laying out the animals 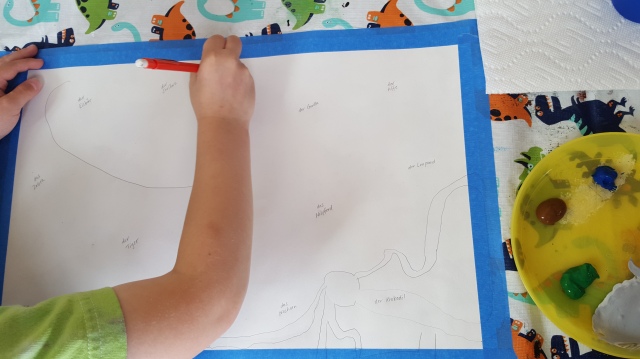 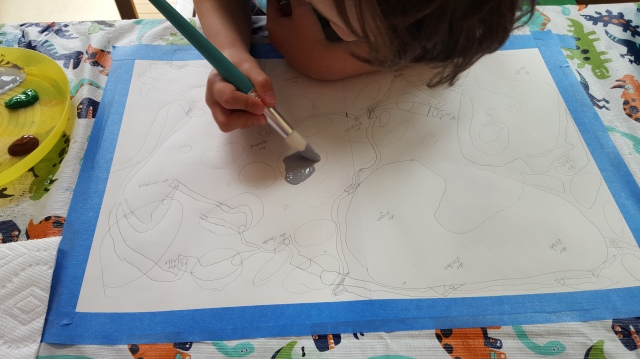 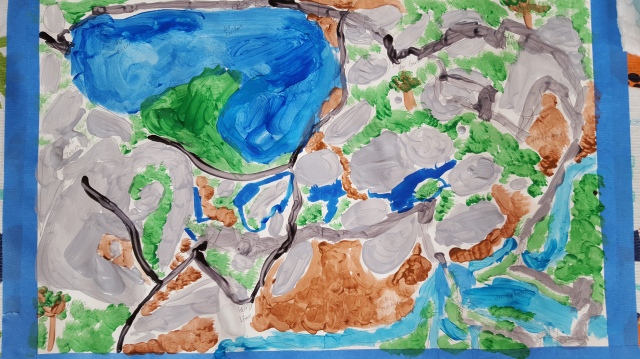 The painting phase is complete

Time to add the stickers!

The uplifting essence of multi-talented author, artist, musician, and former teacher @patsiemccandless is captured in this article in VIE Magazin. Please read, enjoy, and share!
Helau! Alaaf! These masks made by my students in grades 3 - 6 brighten up our wintery days with all that color!
More drawings from my students in grades 1-4. After a story, they drew a dog with me. I think they did a great job! 😄
Fröhliche Weihnachten!
Loading Comments...
Comment
×
%d bloggers like this: